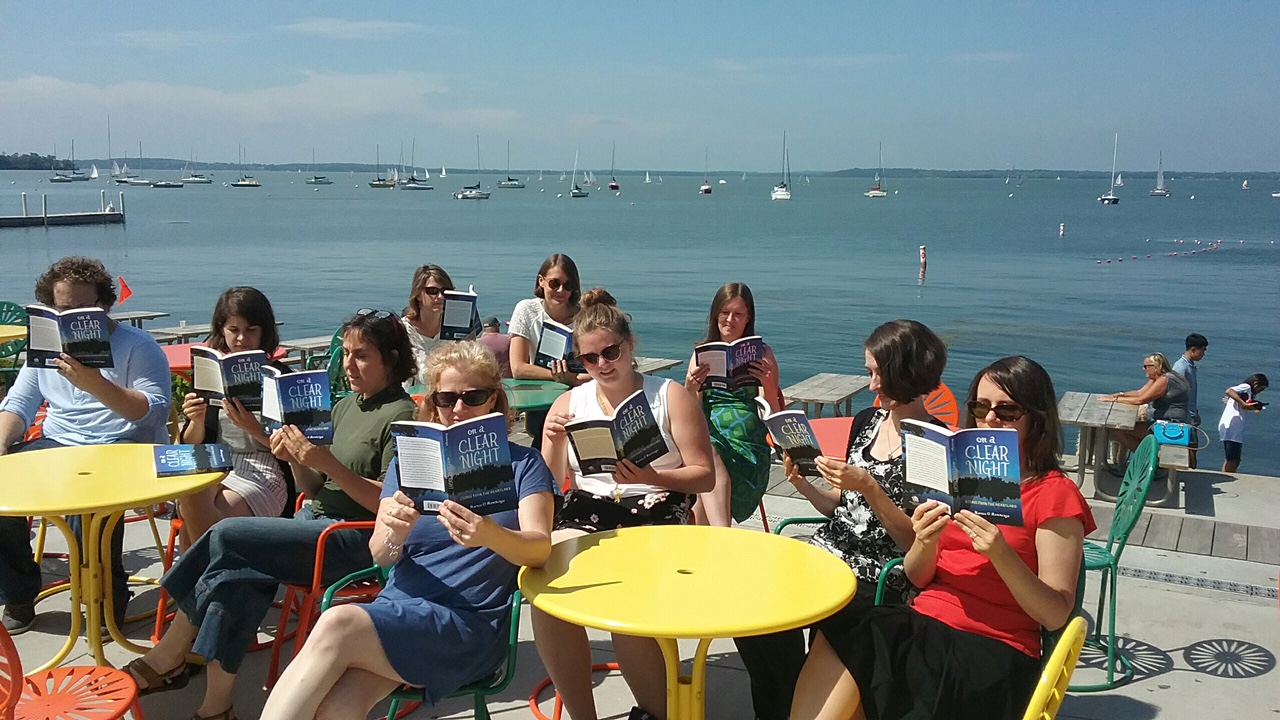 Welcome! Thanks so much for stopping by. I hope my books take you back to your own favorite time and place or remind you of those ordinary moments that became profound.

Where can you buy my books?
Everywhere! But I especially love supporting independent books stores as they add so much to our communities. One of my favorites is Redbery Books in Cable, WI. They will ship your order for free. Find them on their website or email them at: read@redberybooks.com.

Of course, you can always order from Amazon, Barnes and Noble, or my publisher Wisconsin Historical Society Press. Return to Wake Robin is also available as an audio book, recorded beautifully by the actress Susan Sweeney.

Numerous book clubs have chosen one or both books for their discussion series, and many readers have told me On a Clear Night and Return to Wake Robin make wonderful gifts. I hope you enjoy them, and I so appreciate your interest. Thank you! 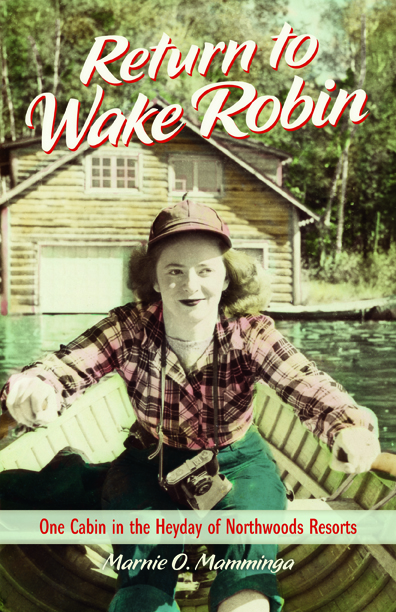 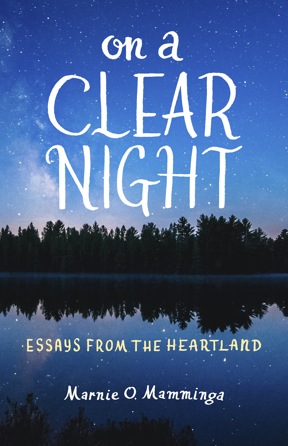 “Five generations of Marnie O. Mamminga’s family have been rejuvenated by times together in Wisconsin’s Northwoods. In a series of evocative remembrances accompanied by a treasure trove of vintage family photos, Mamminga takes us to Wake Robin, the cabin her grandparents built in 1929 on Big Spider Lake near Hayward, on land adjacent to Moody’s Camp. Along the way she preserves the spirit and cultural heritage of a vanishing era, conveying the heart of a place and the community that gathered there.

Bookended by the close of the logging era and the 1970s shift to modern lake homes, condos, and Jet Skis, the 1920s to 1960s period covered in these essays represents the golden age of Northwoods camps and cabins—a time when retreats such as Wake Robin were the essence of simplicity. In Return to Wake Robin, Mamminga describes the familiar cadre of fishing guides casting their charm, the camaraderie and friendships among resort workers and vacationers, the call of the weekly square dance, the splash announcing a perfectly executed cannonball, the lodge as gathering place. By tracing the history of one resort and cabin, she recalls a time and experience that will resonate with anyone who spent their summers Up North—or wishes they had.”

Praise for Return to Wake Robin

“With liberal does of gratitude, humor, and charming period details, Mamminga…recounts her family’s more than 60 year history vacationing on Big Spider Lake in Wisconsin’s Northwoods region…Weaving potent symbols…and traditions…into a world view and way of life, she persuasively argues for the restorative benefits of letting time stand still, if only for a few months of the year.”  Publishers Weekly Starred Review

“At its heart, Return to Wake Robin is about creating and keeping family rituals, enjoying simple pleasures, and reveling in nature.  For those who long to escape our fast-paced world and go back to a simpler time and place where all anyone needed were ‘the basics and a boat,’ Mamminga’s book will take you there and make you wish your family had gone ‘Up North’ every summer, too.” Wisconsin Academy of Sciences, Arts, and Letters

“What wonderful memories from my almost forgotten youth this book stirred. Slamming screen doors at first light, sunrises that only God could orchestrate, and people.  Wonderful, outsized, loving, adventurous people fill Return to Wake Robin…If you were there, this book will take you there again. If you never had the pleasure, sit down and read about it.   Then you’ll know why Up North holds such magic for those of  us of a certain age.” Jim Peck, host of  I Remember, Milwaukee Public Television.

“All thanks to Marnie Mamminga for her splendid collection of recollections about the heyday of Northwoods resorts.  She has caused a flood of memories of some of the best times of my life…This book is full of similar memories and stories, each unique and glorious.” Howard Mead, former Editor of Wisconsin Trails magazine.

“Best-selling North Woods memoirist Marnie Mamminga returns to the Wisconsin Historical Society Press with this dazzling collection of essays on the extraordinarily ordinary rhythms of the Midwest—from the anxiety of taking a teenager out for driving lessons, the nostalgic pleasure of watching the Cubs at Wrigley Field, the heartache of moving an aging parent into a nursing home, and the quiet bliss of sitting on a cabin’s porch, listening for loons and wolves under the Northwoods’ starry sky.

With insight and humor, On a Clear Night chronicles the common experiences that unite those of us who live, love, and work in the heart of the country. Combining elements of the personal and the universal, these essays chart the passage of time from childhood to adulthood, sickness to health, working life to retirement, parenthood to grandparenthood, and everything in between. These sharply observed vignettes highlight the importance of taking time to appreciate the ordinary occurrences that profoundly shape our lives and the places we call home.”

Praise for On a Clear Night

“With keen insight and compassion, On a Clear Night proves that our most personal experiences can unite us, and that the most ordinary aspects of our lives can also be the most beautiful.” (WHSP)

“Some essays are funny, many are poignant, and all are relatively brief. Mamminga subtly and skillfully highlights the deeper meaning of her stories in each case, weaving them into a broader message, even when the specific subject matter ranges over time, place, or characters. She explains her intended lessons poetically: “Often, in the quiet of that gathering twilight, the moments of the day that brought us joy or sorrow or laughter begin to take on more significance. . . .[T]hough we were not seeking those moments . . . they reflect who we are, where we’ve been, and, most importantly, what we were thinking. . . . Those seemingly ordinary experiences often transcend into moments of unexpected grace” (xi). – Project MUSE

“Mamminga is not Pollyanna. She emphasizes beauty, hope and optimism because she knows how hard it can be to keep those lodestars front and center. With her essays, she hopes to “dispel the shadows, illuminate our paths, and remind us that we are not alone, that we do not walk in darkness” (xi). Her title, On a Clear Night, reminds us that we can look up and see the stars. Her essays teach us that the stars remain in the heavens even when the clouds are thick and gale winds are blowing. That we, her readers, keep seeking the joy, beauty and possibilities that stars represent, is her fondest hope.” –Middle West Reviews, University of Nebraska Press