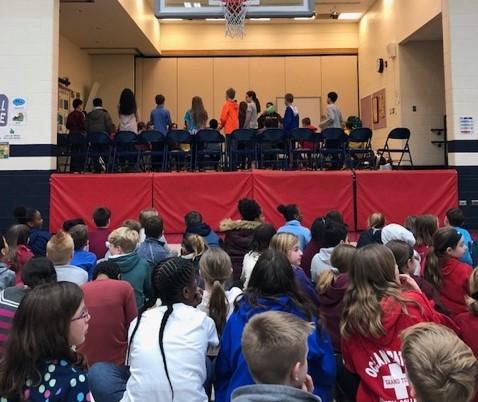 The spellers were nervous. And who could blame them? Approximately two dozen 4th and 5th graders lined up on a stage with a gymnasium filled with their peers, parents, and grandparents sitting behind them.

In an age of spell check and auto correct, it’s a wonder anyone can spell any more. And yet these 4th and 5th graders could and did, beating out the rest of their peers to get to this competition.

Before the spelling bee began, rigid rules were announced, and then the fun began. One by one, a mix of boys and girls, short and tall, marched up to the microphone to spell the assigned word. “Amplify, colonists, equator, obstacle, and fiercest” were just a few of the words to tackle.

Despite reminders to the students in the audience to remain quiet, their excitement could hardly be contained. As the line to the microphone grew shorter, there were muffled cheers of relief when a favorite friend nailed it, and suppressed sighs of disappointment when one did not. For 16 rounds the suspense intensified until at long last, a winner was declared.

What was remarkable about this event was that it was not a mesmerizing video game, a phone app, or the latest Disney movie, but rather an old fashioned spelling bee. And yet for over an hour and a half, every kid and adult present was enthralled.

Most impressive, however, was the genuine empathy and obvious camaraderie clearly on display amongst the young spellers and their cheering peers as they enthusiastically encouraged one another throughout the competition with hugs, high fives, and fist pumps despite a win or loss. 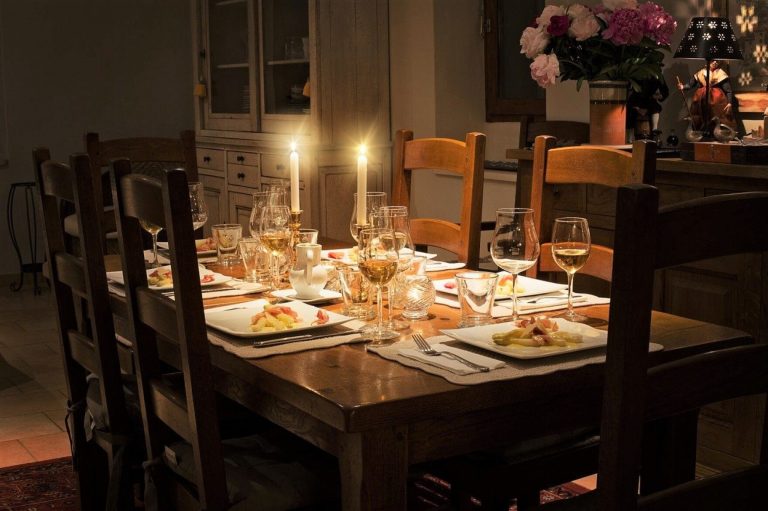 I have always loved to set the table. There is something about the placing of silverware, plates, napkins, and on special occasions, candles and a centerpiece, that brings me joy. And this has never been truer than at Thanksgiving. Ours is a long vintage table found decades ago at a garage sale, and it has… 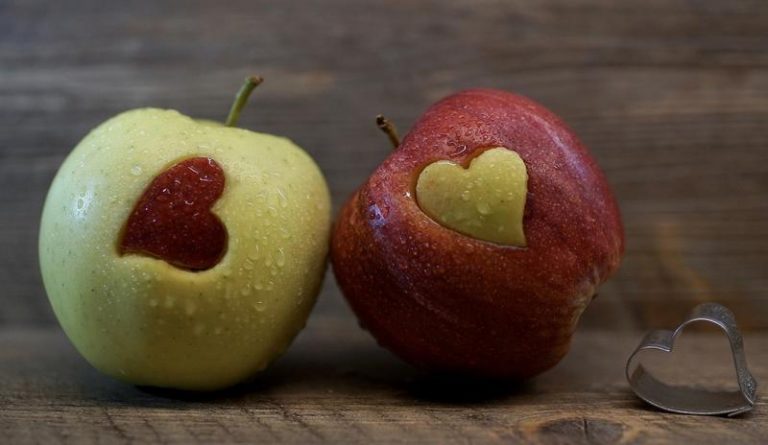 They are angels among us. They are the heart and soul of our children’s education. They are the ones we count on to lead the next generation forward, and over the past year, they have done what no amount of education or experience ever prepared them to do. They are our teachers. And despite the… 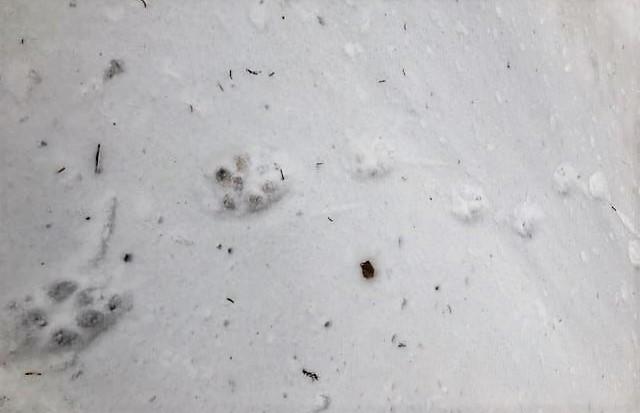 I am not afraid.    Though maybe I should be, for I am walking with wolves.   Not literally, or course, but we are on the same trail.  I know this because I frequently see their tracks along the snow-covered isolated road that I hike in northern Wisconsin. My road is also abuzz with the prints of deer, snowshoe rabbit, and fox, but it is… 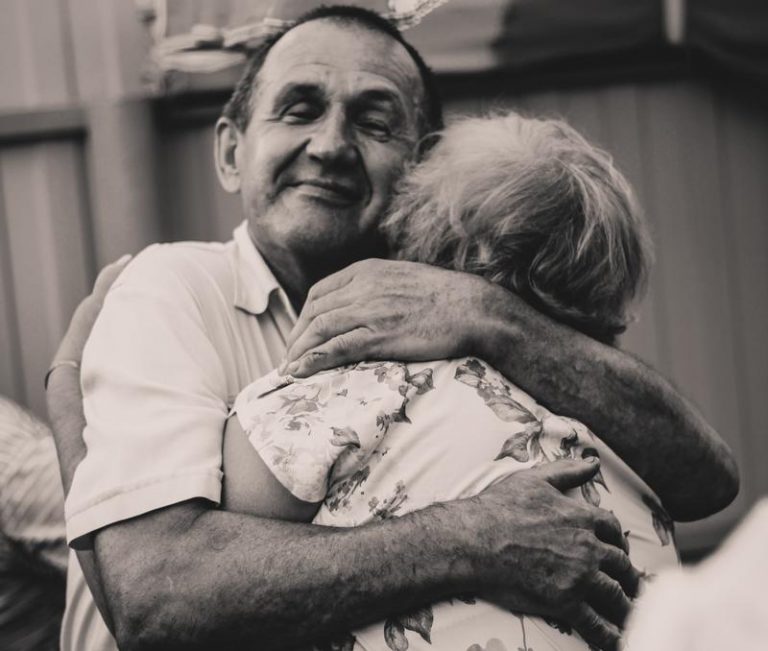 It’s the hugs I miss most. Joyous bear hug greetings, gentle squeezes of love, and lingering arm-wrapped farewells. All have disappeared like a loose kite on the breeze since the coronavirus took over in mid-March. And if you’re a hugger, like I am, then you feel the loss of those sweet embraces from family and… 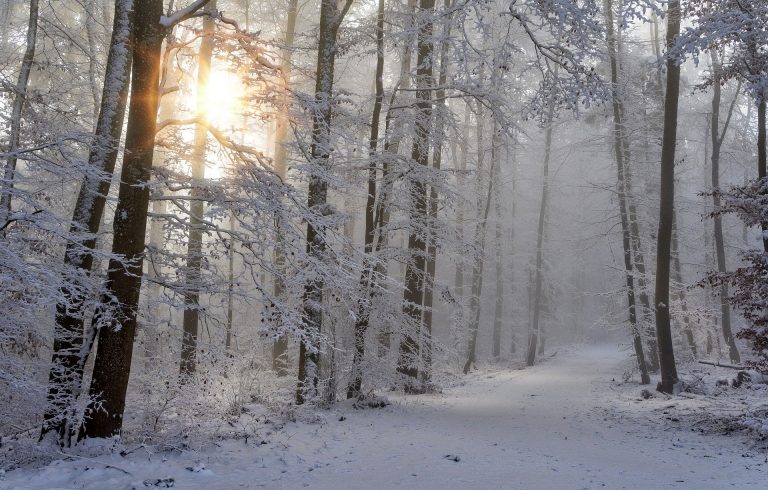 The morning’s pale lemony light colors the winter’s woods against an aqua sky. Short, snow-covered evergreens stand like so many snowmen under the bare arch of larger forest trees. Stillness and silence prevail. Bundled up in long underwear and down outerwear, I hike an isolated forest road at minus 8 degrees. There are no people,… 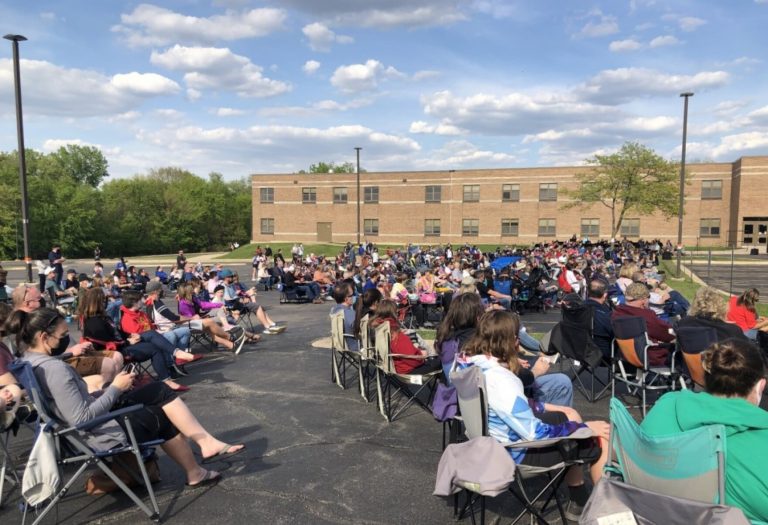 The band was back. So were the parents, the siblings and the grandparents. Best of all, the teachers were back and in real person too.  It was our local middle schoolers’ first concert since the pandemic shutdown over 14 months ago, and we were back to celebrate. Parking our cars blocks away and dragging our…